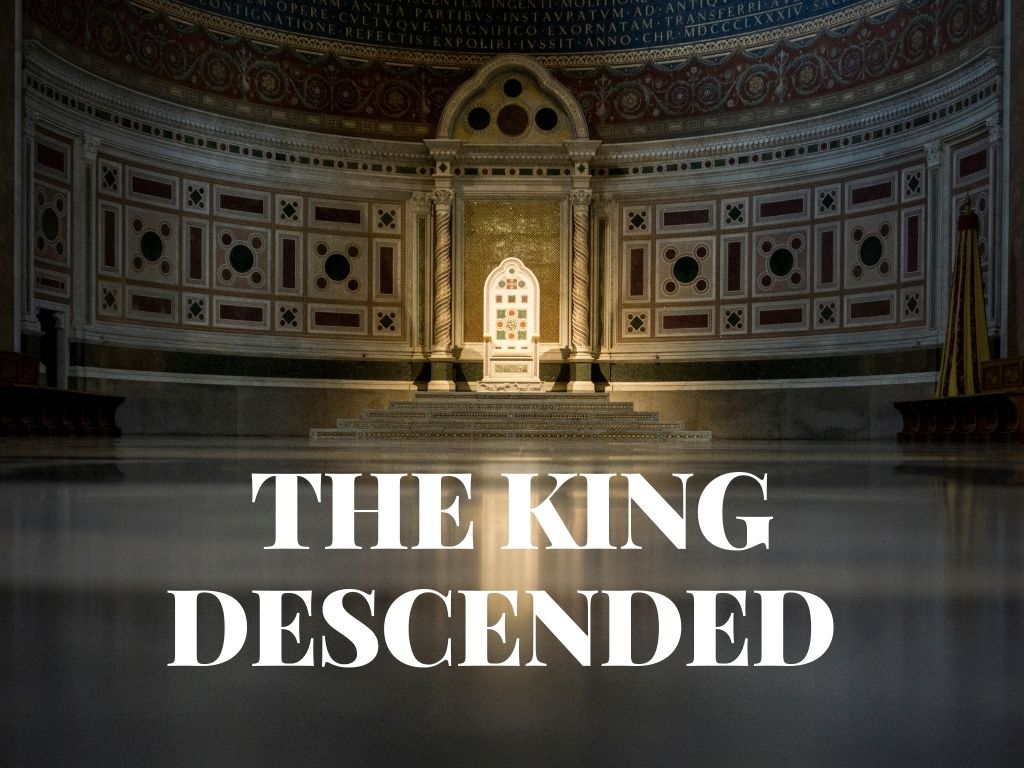 “Though he was in the form of God, [Jesus] did not count equality with God a thing to be grasped, but emptied himself, by taking the form of a servant, being born in the likeness of men. And being found in human form, he humbled himself by becoming obedient to the point of death, even death on a cross.” - Philippians 2:6–8

The king descended from his throne for rebellious criminals. Throughout history and around the world, there has never been anyone like Jesus Christ. As God the Son, he existed throughout eternity. At his incarnation, that incredible event we celebrate every Christmas, God the Son added humanity to his divinity. Through this act of humility, God the Son fully identified with our nature as humans but without sin. In so doing, he became a servant for our salvation. As the ancient Christian creed puts it, “he was conceived by the Holy Ghost, born of the virgin Mary.” Though this would have been amazing enough, God the Son then humbled himself still further by dying on the cross (that event we celebrate every Good Friday), not for his sins but for the sins of all who would trust in him by faith.

What does all this have to do with you? If you will turn from your sins in repentance and trust in Jesus Christ by faith, you can experience the blessings of both his incarnation (Christmas) and his crucifixion (Good Friday). By faith alone in him alone, Jesus can become your substitute and mediator as the one who lived the life you should have lived and died the death you deserved to die on the cross. Are you even now reliant upon him alone for your full and final reconciliation with God? Are you dependent on Jesus for your redemption? Jesus Christ came into the world for sinners like you. Have you come to him by faith?

Bearing With One Another